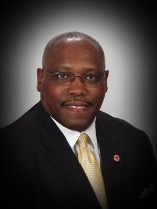 Dr. Morel was born in Port of Prince, Haiti. His family immigrated to the United States when Dr. Morel was a preschooler, settling in Brooklyn, New York.

He was schooled in the Adventist educational system, beginning with Brooklyn Temple Elementary and continuing on to Northeastern Academy. He then went to Oakwood College (now Oakwood University), where he graduated in 1981. Post-graduate degrees include an M.Div from Andrews University Theological Seminary and a D.Min from Trinity Theological Seminary.

He served in pastoral ministry in Southeastern for nearly 20 years in the states of Georgia and Florida, prior to coming to the Southeastern Conference office in 2000, to serve as Church Ministries Director.

In 2004, he was elected Conference Executive Secretary and in April, 2008 he was elected as the 5th President of Southeastern. He served with distinction until June, 2016, when by constitution, his service ended due to term limits.

He served faithfully as the Pastor of the Maranatha/Bethel District in the Orlando area until his call to Mid-America. He will take up his new responsibilities in January, 2021.

Dr. Morel is married to the former Raquel Howell of New Haven, Connecticut. She is a nurse and an educator, holding a Bachelor of Science from what is now Washington Adventist University and a Masters of Nursing degree from the University of Central Florida.

They have 2 adult sons, Hubert J. Morel, III (“Trey”) and Harrison, and one granddaughter, Melodie.