George Floyd and the Cost of Being Black

I was a delegate at the 2015 General Conference Session in San Antonio, Texas. The overarching issue at that session was the issue of women’s ordination.

I remember a conversation that I had just prior to the final vote with Dr. Sandy Roberts, the President of the Southeastern California Conference, which is the largest conference in the North American Division.  Dr. Roberts is female and is the only female conference president in the Seventh-day Adventist Church.

I’ll summarize our conversation by saying that it had to do with the possibility that if the church voted not to ordain women (which it did vote not to do), there was a possibility that some would use that to undermine the leadership and credibility of women pastors and women administrators.

I remember once when I was in conference administration and was introducing a female Pastor to her church. While we were lining up to go into the service, a lady came up to said female Pastor and gave her some well-meaning advice about how to carry herself that she would not have given a man. Fairly or unfairly-and sometimes, it was clearly unfair-it simply came with the territory as we began bringing females into ministry for the first time in that conference.

I remember going around the conference for a year before we hired the first female Pastors, having town hall meetings, to explain what we were about to do before we did it. I never had to do that when hiring male Pastors. Over my time in that particular responsibility, we hired three female Pastors, the first female conference administrator and opened the door for two more female lay Pastors. They all proved to be gifted ladies and being a part of opening that door is something that I consider today to be one of the highlights of my 42 years in ministry.

But each of the female Pastors who were conference employees will tell you (perhaps through gritted teeth!) about the conversations that I felt like I had to have with them that I did not have to have with male Pastors. Not because of things they would do, but because of who they were. There was-and I suspect, there still is-a price to being female and in ministry.

I thought about that as I looked at the video of George Floyd with the policeman in Minneapolis, having his knee on Mr. Floyd’s neck. It occurred to me that just as there is a price that females pay for being female and in ministry, there seems to be a price that black people pay for being black.

Think about this for a minute: This policeman was chatting casually-or so it seemed to me- with onlookers as he was snuffing out the life of George Floyd-while being videotaped FOR NINE OR SO MINUTES AND while his handcuffed victim was saying to the videotapers “I can’t breathe.”

In other words, the Minneapolis policemen allowed themselves to be videotaped doing something that was at the least, abusive, and which turned out to murderous.

I asked myself the same question that I have asked for years: When does something happen like this and the victim isn’t black? And-are the people who perpetrated this kind of crime going to get away-again? It seems as though there is a price to being black.

All of the above died, unarmed, killed either by police, by people authorized to act as police or while in police custody. Five of these deaths were filmed/live streamed. Notwithstanding, in all five cases, there were acquittals (one acquittal was followed by a plea bargain of violating the victims civil rights).

Think about that for a minute. Unarmed black men (or in one case, a black child), killed on camera, by police. And they all are acquitted for the killings. 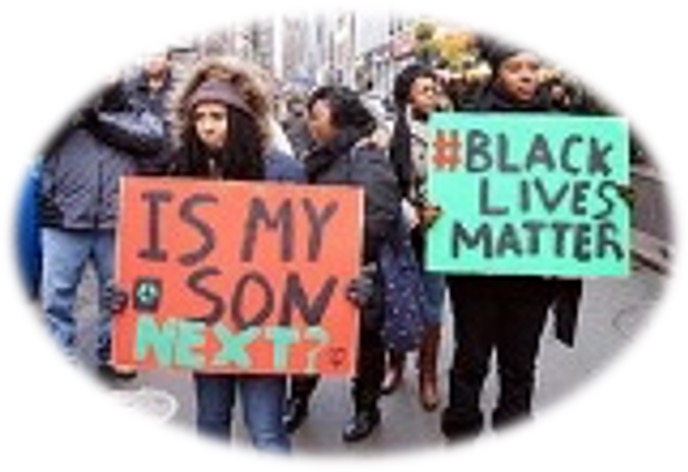 One might draw the conclusion from the above-mentioned that while there may be a price for being black, there does not seem to be very often a price for killing someone who is black if you are a police officer.

After 400 years since black people were brought to this country, we still make less money, live fewer years, have greater unemployment, have lesser access to healthcare, etc, etc. There seems to be a price to being black.

And it is not just the things that do happen, it is having to be prepared for and afraid of what could happen. Some examples:

I am not sure if our Caucasian brothers and sisters give their sons, “The Talk”. Perhaps they do-but if they do, it is optional. For black young men, the talk is mandatory. Moreover, you CAN DO ALL OF THE THINGS THAT WE TEACH OUR YOUNG MEN TO DO WHEN WE GIVE THEM “THE TALK” AND THEY CAN STILL GET KILLED ANYWAY. There has been no evidence presented that George Floyd did not follow “the rules” outlined in “The Talk”. But he got killed anyway-in public. There seems to be a price for being black.

My grandson’s pre-school teacher looks differently than he does. She has a son my grandson’s age. I do not believe that she has to worry about the same things happening to her son when he gets older-a fear that he may be “Trayvonne

Martin-ed”, for example- that my daughter has to worry may happen to her son. There seems to be a price for being born black.

There seems to be a price for being black.

So, what do we do about that?

First-here’s what we don’t do about it-destroy the property of innocent people and do other criminal acts during protests. My father used to tell me when I was growing up, “Don’t make things hard on yourself”.

Things such as what happened to George Floyd have been happening to black people for 400 years. Finally, large numbers of people who are not black have started speaking up but now that long-needed dialog has been interrupted by a small minority of looters and thieves. That is making things harder for us.

It has allowed President Trump to shift the dialog towards “law and order”-at least, his version of law and order (shouldn’t “the law” also protect unarmed black people from getting shot by police?).

Second-we have to get involved in things that will change things. Fill out and turn in our census information. REGISTER AND VOTE. I remember getting my hair cut the day after the 2016 election and hearing people of color brag about not voting. REALLY? People died so that black people in the South could vote and you are going to brag that you didn’t vote?

Those are just a couple of things that can be done; obviously, this is just a start. But everyone can do something. No one would deny that we have come a long way but there still is a long way to go. Racism remains alive and well and hundreds of years after the writing of those stirring words in the United States Constitution “We hold these truths to be self-evident that all men are created equal”, it remains self-evident that all men are not viewed as equal. One cannot casually and publicly put their knee on someone else’s neck, ignore his plaintive cries of being unable to breathe until he is no longer able to breathe if that person is viewed as an equal.

Each of us-and I include our Caucasian brothers and sisters-has to look for ways to get involved in the things that will change things. Ultimately, we know as Seventh-day Adventists that the only thing that will really and permanently change things is for Jesus to come. And it is obvious in a world that seems in the last few months to have gone completely crazy that His coming cannot be far off.

But while we are waiting for Jesus to come, we have an obligation to do what we can do to help make a wicked world less wicked. We have an obligation do what Jesus would do. To “heal the broken-hearted. To preach deliverance to the captives…To set at liberty them that are bruised”. “To do justly. To love mercy. To walk humbly with thy God”.

In other words, the Bible says that one day there will be a high cost for making being black have a high cost.