When the coronavirus pandemic began closing churches-Adventist and non-Adventist-back in March, there was concern among administrators as to how their organizations could survive without the weekly collection of tithe and offering in churches. The situation seemed particular challenging for Regional Conferences; first, their per capita income is approximately one third less than State Conferences and only approximately 60% or so of Regional Conferences were set up for on-line giving at the onset of the pandemic.

But the Lord has taken care of His people and His church. Through August 31, the members of the churches in Regional Conferences had collectively returned 120 million dollars in tithe. This compares with nearly 122 million through the same period in 2019.

This means that despite being closed for 6 months, the people of Regional Conferences of the Seventh-day Adventist Church have returned 98% of the tithe that was returned at this point in 2019.

For our churches to have been closed for 6 months and still be at 98%-close to 99% of last year’s tithe is nothing short of miraculous. To God we give the glory and for the faithfulness of His people, we give thanks.

Four Regional Conferences (Allegheny West, South Central, Southeastern and Southwest Region) had tithe increases over 2019. In fact, South Central’s tithe gain of 1.2 million dollars for the year thus far would be considered exceptional in a normal year (it goes without saying that 2020 is anything but a “normal” year) and makes them the second largest conference in terms of tithe gain out of the 58 conferences in the entire North American Division.

All this is one more reminder that-with all of its imperfections-this is still God’s church and He will take care of it. 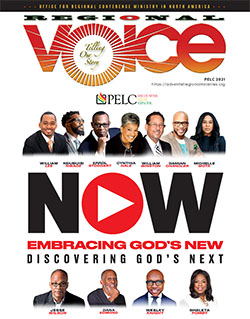