Tim Harris was one of the first two ORCM Summer Internship recipients.  He received the Ministerial Internship and worked in the Allegheny East Conference of SDA’s as a Bible Worker with Evangelist Conklin Gentry.

Born in Hyattsville, MD, Mr. Harris’ parents are from Jamaica. It was after coming to the USA that his mother was baptized as a Seventh-day Adventist. Mr. Harris is presently in the Fall Semester of his senior year at Oakwood University where he is studying Theology. 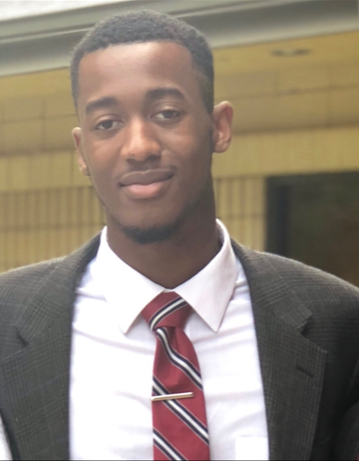 Mr. Harris’ journey to becoming the recipient of the ORCM Ministerial Internship is a lesson in patience, being willing to listen to God, and being willing to follow God’s direction for your life.  He describes his journey as first being asked to intern in New York but prayed to get direction from the Lord.  He then asked for more time to decide.  To him, it seemed like he was not getting an answer.  After a long while, he thought the answer was to go to New York. But when he went to accept the offer, he discovered the pastor had found someone else.  That put him is such a dark mood and killed his attitude.  He couldn’t understand the hand of God. He felt he was trying to listen and obey the voice of God.  At some point a friend told him about an internship from Allegheny East offering the exact amount he would he need to clear for Oakwood. Mr. Harris states that “A blessing I thought I had missed was not what He [God] had for me, but what He really had for me was the blessing in the internship I was offered.

This summer’s experience solidified his passion for ministry.  Giving Bible studies and teaching other’s about the love of Jesus was also a learning experience for him. Challenging encounters for Mr. Harris were watching people learn about the love of God, complete all of the Bible lessons and still not make a decision to follow Christ all the way.  He described these encounters as feeling like he had been stabbed. That is how “passionate I am about spreading the gospel and bringing others in to the saving grace of Jesus.

Growing up, Mr. Harris recalled a significant part of his school life being bullied.  His cousin Ian played an important part in his life through encouraging him, giving him advice and being there to help him through those trying years.  This experience has help mold one of his best qualities which is friendliness.  He finds that he now reaches out to the “underdog” and has a love and passion for people.  This quality will definitely be an asset in his ministry.

Ultimately, Mr. Harris is looking forward to the day when he can follow the will of The Lord as a minister to serve and build up His church.