Touch 10K, a program sponsored by Message Magazine is touching lives by the thousands across the United States.  Ordinary members are getting out of the pews and into the streets with God’s love.

One way churches are touching their families and friends are by enrolling them in the new Message Magazine Correspondence Bible Lessons.  This is a twelve lesson series that leads a person straight to the cross where they are given the invitation to accept Jesus as Lord and Savior.  Through the power of the Holy Spirit, this powerful series has already delivered many from the tentacles of sin into Christ’s Kingdom.

One pastor in St. Louis, Missouri, Elder Claval Hunter of the Tabernacle of Praise Seventh-day Adventist Church, is witnessing God’s power through these lessons.  Earlier this year, he launched a Bible study campaign within his church using the Message Magazine Correspondence Bible Studies.  21 members signed up over 80 plus people, both friends and families.  By August 18th, 20 people had finished the lessons and received a certificate of completion.  Elder Hunter gave an appeal for baptism and six people accepted this invitation and were baptized that day.  Then on September 22nd, Elder Hunter testifies that another young lady accepted Christ and was baptized.  He states, “She completed the Message Bible Lessons six weeks later [after the first group] and was baptized.”  Three more were baptized October 6th and there are others preparing for their baptisms October 20th.

Message Magazine has presented the lifesaving gospel to tens of thousands since 1934.  Through the Touch 10K Challenge and the Message Magazine Correspondence Bible Lessons, Message Magazine is ramping up its efforts to help complete the gospel commission in this generation. 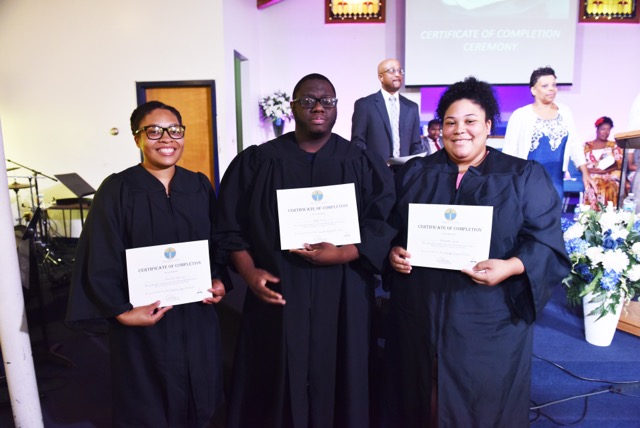