After the Regional Conference Convocation-What’s Next?

After the Regional Conference Convocation-What’s Next?

The Seventh-day Adventist Regional Conferences Convocation just completed 4 days of virtual worship, fellowship and dialog. It is my personal belief that community and coming together is important; it is something that I have missed these past 4 months of the coronavirus pandemic-and I am not really seeing an end to that any time soon. That is sad-at least to me. I miss church and the people in our church.

I am grateful for the technology that allowed at least some of that to happen virtually-even if it could not happen in person. People around the country-and outside of our country-got to see and hear leaders, preachers and musicians from other parts of the country.

Let me make an honest confession:

That’s exactly what could happen. Anyone who has been in Adventist Church for any length of time has been to meetings where a lot was said but nothing got done; I know that in 42 years of ministry, I certainly have sat in my share of those kinds of meetings.

And the Adventist Church is not at all by itself in having meetings where when “all is said and done”, a lot gets said but nothing gets done. It seems to be popular nowadays to almost assume that the Adventist Church has a monopoly on bureaucracy, inefficiency, inauthenticity, etc.

But all you have to do is look around at the business world and see all of the businesses that are no longer in business and see that we are not alone. A lot of other churches and businesses are slow to make difficult decisions and to make change.

Making change happen is hard. The fact is that most of us say we want change until we actually have to change. And there is no question that some of the things discussed in the roundtables last week will require all of us to make some kind of change.

Let me give just one example: There was a lot of energy in the roundtable discussions of the Convocation, surrounding the “nationalization” of Pine Forge Academy; making it a school that all of the Regional Conferences support financially. 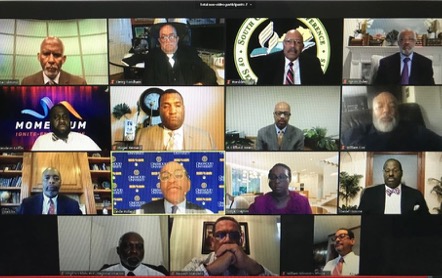 I am 1,000% for that. There are very few black Seventh-day Adventist institutions. It would be a tragedy in my opinion to lose Pine Forge.

I am not a member of the administration of the Allegheny East Conference or a constituent there (I used to be; I grew up in the old Allegheny Conference before it split into Allegheny East and West. Yes-I am old!), but I used to be a conference President and I know boarding schools are enormously expensive to attend and to operate. I do not know if it is realistic to assume that Allegheny East can assume the cost of operating Pine Forge essentially by itself forever.

But because something is hard does not mean that it does not have to be done-or that it can’t be done. I would imagine that starting Regional Conferences 75 years ago virtually from scratch was hard. But our spiritual ancestors were up to task. And I believe that with God’s help, so will we. Besides-I am not sure we have much choice.

So, here’s what I think is next. I can’t guarantee that what’s next will be what’s needed. But I can guarantee that everyone connected with what happened last week is going to try. Honestly, to think that the enormous effort and all of the time and money that was expended by everyone connected with the Regional Conference Convocation was expended just so that we could all feel good is, well-let me say it this way: Why would anyone want to do that?

Here is what I think happens next:

First…we are reporting back to you as we promised, to share with you what I learned from my role at the Convocation.

By that time, we shall have our annual Black Caucus Meeting and we can address the issues as a group. That will be “What’s Next-Part II”.

Shortly thereafter (I am hoping within a week or 2 of the above mentioned-which would be in late August or thereabouts), we shall ask the Regional Conference Presidents/West Coast Vice Presidents to re-assemble and address some of the 50 questions that came in last Sabbath afternoon that were unable to be answered due to a lack of time. We shall ask them to report on the Regional Conference Summit that is scheduled for next spring, to provide details on the topics that will be addressed, who is on the subcommittees/task forces that are being formed, etc.

And the Office for Regional Conference Ministry (ORCM) commits to giving regular reports-no fewer than quarterly- on the progress of all the aforementioned.

Now-quickly, and lastly-here are some things I learned from the Regional Conference Convocation:

Actually, there were more people online for the Presidents Roundtable than there were for the concert. People wanted to see their leaders and hear from them.

The question is: What are those who are frustrated going to do about it? Lament it or fix it? Get mad or get involved?

I hear people say things like the church is racist and sexist-and we just need to “blow it up”. Certainly, this church has a ways to go in reaching the full equality that it espouses and that God demands.

But the 2 largest groups in the church-by far-are people of color and women. Not to blame the victims of racism and sexism in any way at all-but let’s look at the Adventist Church for a minute. If people of color-especially African-American are under-represented on the upper levels of the church-and I think they are-it has to be at least in part because the majority of General Conference delegates of color voted to allow that to happen.

The largest group of people in the Adventist Church in the world (and probably in North America) are people of African descent. It is unpopular to say this: But some of what has happened, is on us. We are not together.

Take for example, whatever division that may exist between African-Americans and people of Caribbean descent. As someone who began my ministry in the Caribbean-and loved it-that is the dumbest fight ever.

We all came from the same place (Africa) and our ancestors got here the same way (in chains). The only difference is our Caribbean brothers and sisters got let off the boat at a different time and in better weather (and as someone who was born in Ohio but who started ministry in a place where the temperature was never below the upper 70’s and hardly ever above the upper 80’s and there was always a cool breeze off the sea, I say “Amen for better weather!”. Winter is seriously overrated).

“Blowing the system up” (which begs the question, “And what would come next to replace the blown-up system?”) without really addressing the issues that make people want to “blow the system up” in the first place, isn’t likely to really fix things.

Well-those are some of the things that I learned from my part in the Regional Conference Convocation and what I think will happen next. I want to thank everyone who participated in this seminal event. I especially want to thank the Oakwood University Media team, led by Professor Dwayne Cheddar and my Executive Assistant, Ms. Melonie Gurley. They were both fantastic.

I just hope and pray those of us charged with following up on this event will be as good as the people I just mentioned.

We certainly will try. We’ll be back in 3 weeks with “What’s Next-Part II”.