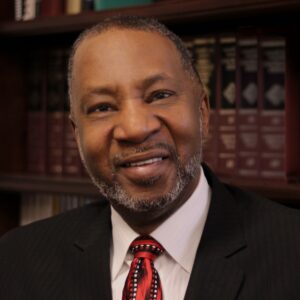 on Conference for the remainder of the 2018-2022 term. Elder Gabriel served as acting president from July 1 until the September 19th vote after Dr. R. Clifford Jones vacated the position of president to serve as Dean of the School of Theology for Oakwood University.

Prior to his election as president, Elder Garth Gabriel served for three years as the Executive Secretary for Lake Region Conference. Elder Gabriel is a graduate of Atlantic Union College and has pastored in the Lake Region Conference for nearly 25 years including the Conant Gardens, Highland Park, and Community Fellowship churches. He is known as a compassionate and effective leader who empowers others. A former singer with The Heritage Singers, Elder Gabriel and his wife of 42 years, Rosita, have 4 children and 4 grandchildren.