May 20, 2018 is a very special date and an easy date to remember for Elder Garth Gabriel.  On this date, the constituents’ of Lake Region Conference in conference session, voted to ask Elder Gabriel to serve as the Executive Secretary, but also, 39 years ago on May 20th, was the day Elder Garth Gabriel took for his bride the now Mrs. Rosita Gabriel.  Very proudly the Gabriel’s are the parents of four adult children.  Though Elder Gabriel spoke very fondly of the fact that his children were professionals, what came across most clearly in the interview were two things:  that they were all graduates of Oakwood University with 18 combined years of commitment to the university and Christian education and secondly that they were all active in the church.

As you listen to Elder Gabriel talk, it is very clear the importance of family.  He calls it “Legacy”. What was instilled in you and what you pass on to others is valuable.  His father, Pastor Henry L. Gabriel, whom he credits as having the most influence on him, was described as a hard working pastor in the Caribbean.  He watched, as a child, how he visited the members and was “out in the field”.  This attribute of his father’s is also the advice he would give to anyone starting out in their career. To be industrious taking the initiative to be successful.  He states, “Hard work pays dividends”.  Elder Gabriel speaks of meeting people well after the passing of his father who had positive testimonies of the impact he had on their lives.  Witnessing his father’s hard work and example along with being able to actually see the “fruit of his labor” instilled in him the desire to work hard and to create a “Legacy” within his own family.  Thus the fondness he speaks of for his wife and children. 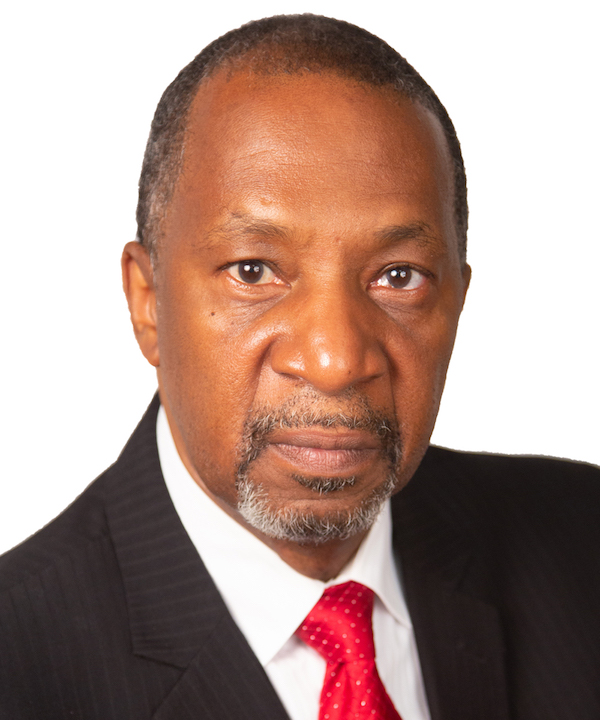 So where did it all begin?  Elder Gabriel attended Atlantic Union College majoring in Behavioral Science and minoring in Theology. He worked in Cincinnati, Ohio as a Social Worker until he joined The Heritage Singers where he met and recruited his wife, Rosita.  Elder Gabriel’s natural, outgoing personality was a perfect match for his next area of work in pharmaceutical sales.  Leaving The Heritage Singers, Elder Gabriel was lauded with numerous awards and success which put him in a great position to open his own very successful business, Gabriel’s Christian Book and Health Food Center.  The business was blessed to become very lucrative and successful with Mrs. Gabriel running the store and Elder Gabriel running the business.  However, the Gabriel’s soon discovered that God had yet another career plan for their lives.

One evening, Elder Gabriel received a vision instructing him to plant a church.  In obedience to the Holy Spirit, Elder Gabriel began the process of evangelizing and growing a church for the Lord.  As the result, in February 1997, Community Fellowship SDA Church in Lathrup Village, MI was planted, nurtured and grew from the six members of his family to over 200 members.  When asked “What, in your career, was the most painful lesson you were required to learn?”, Elder Gabriel sites this experience because in being obedient to the voice of the Holy Spirit and leaving corporate America to plant a church it seemed, at first, that they had lost everything; money, their jobs and their home.  But it was in this experience that he found “money is not everything” and referred to song lyrics, “We lost it all to find everything”.   Elder Gabriel was ordained in 2001.

Elder Gabriel enjoys music.  From his time with The Heritage Singers, he enjoys putting groups together and arranging music.  He feels “a combination of song and sermon can speak to the hearts of people.”

Because we are always growing and learning, Elder Gabriel’s desire is to learn more about The Holy Spirit.  His desire is for the Holy Spirit to continuously rest on him.  A tragedy he referenced was that of Samson in Judges 16:20 when he did not know that the Spirit had left him.  It is an experience he never wants to happen in his life.

Though the position of Executive Secretary for the Lake Region Conference entails Human Resources, Legal Services and other administrative responsibilities, most important to Elder Garth Gabriel is “spreading the Gospel”.