On November 22, an international and interfaith group from Europe toured the Charles E. Dudley, Sr. Center for Regional Conference Ministries on the campus of Oakwood University in Huntsville, Alabama.

The visit was arranged by Global Ties Alabama, which is a non-profit partner of the U.S. State Department. It is designed to bring current and future leaders in various fields from around the world to Alabama to build international bridges.

Recently, Global Ties Alabama reached out to the Office for Regional Conference Ministries (ORCM). They shared that a group of approximately 20 religious leaders of various faith groups from across Europe would be visiting Huntsville. They wished to tour the Dudley Center and be granted a question and answer session about Regional Conferences and the Seventh-day Adventist Church.

ORCM was delighted to grant their request. 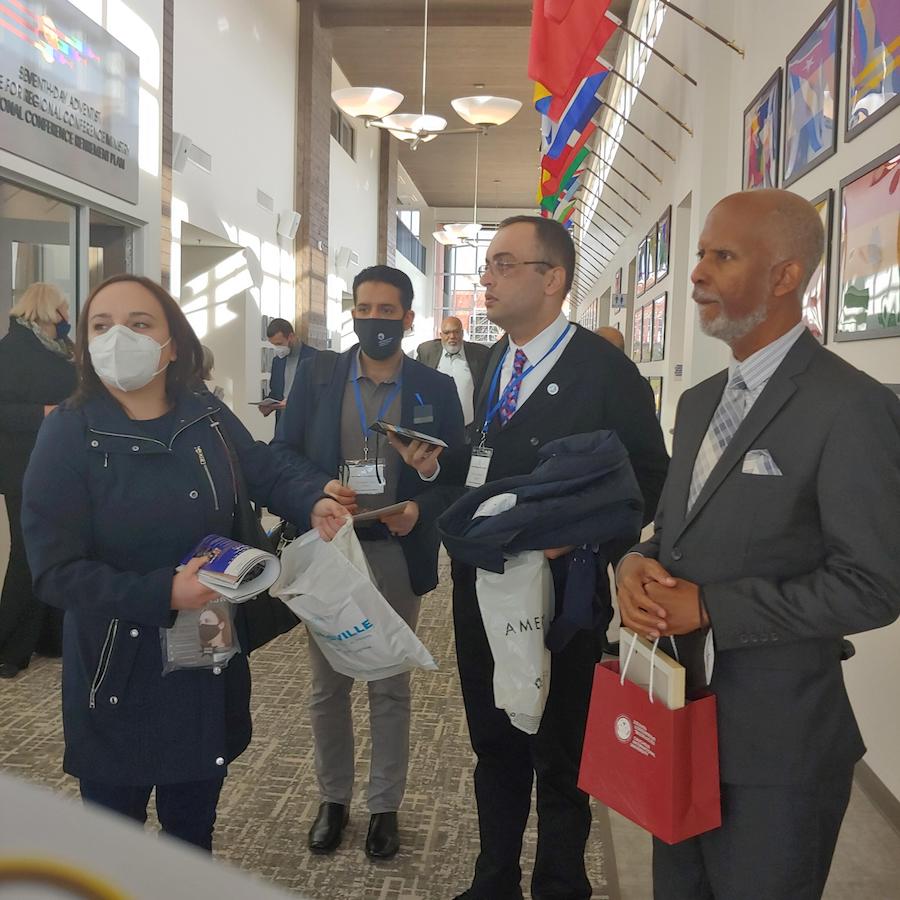 At approximately 12:30 p.m., the bus transporting the group-which was called the European Interfaith delegation-pulled up into the parking lot of the Dudley Center. After being escorted around the building by Mrs. Nancy Dudley, Interim Executive Assistant to the Director, the group assembled in the Mutual of America Auditorium.

Upon their return to Europe, the group wrote back to ORCM, saying that they “were enchanted by the meeting” and that they had learned much about Regional Conferences. They said that our story is a “moving experience of triumph despite adversity”.

That indeed describes the story of Regional Conferences. Praise God.