On May 19, 2019, a group of 16 Northeastern Conference Workers led by Dr. Daniel Honoree, received their Ph.D. from Montemorelos University, an Adventist University in Nuevo León, Mexico.

This historic occasion was the culmination of a contact between Dr. Stephen Wayne Pilgrim, an economist and professor who was located in the Trans-European Division and Dr. Ainsworth Joseph, Northeastern Conference Ministerial Director, about developing an overseas Bi-lingual Ph.D. program.

Despite the inherent challenges of pursuing a Ph.D. while leading the largest Regional Conference and one of the largest conferences in the North American Division, Dr. Honore was one of sixteen Northeastern workers to graduate from this pioneer program. Six more Northeastern Ph.D. candidates are on track to graduate in May, 2020. 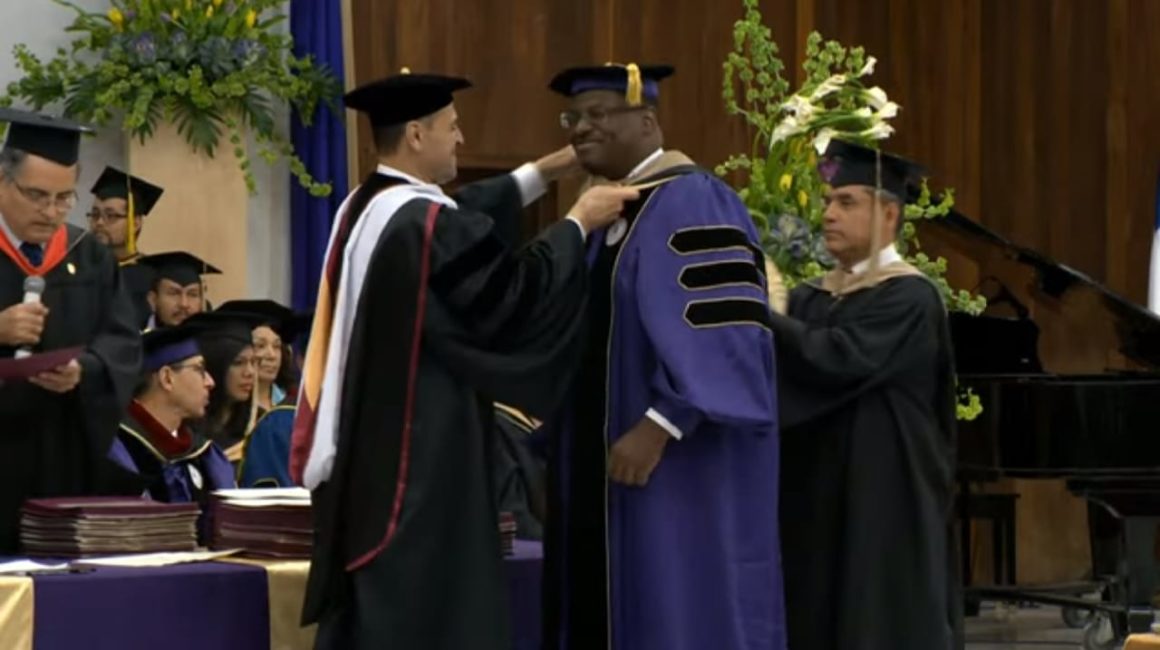 Dr. Honore estimates that approximately 25% of the Pastors in Northeastern have terminal degrees-this despite the fact that Northeastern is unable to subsidize the cost of these degrees for their workers-as is the practice of many conferences. He said that the workers in Northeastern motivate each other in this notable pursuit of higher professional training.

Dr. Honore’s Ph.D. is in Business Administration. He chose this particular area because of his belief that Adventist Administrators need to be as prepared as possible to address the business aspect of ministry. He has been asked to share the things that he learned in his doctoral studies with the other Regional Conference Presidents at the annual meeting of black Seventh-day Adventist Administrators in the North American Division at their annual meeting at the end of July in Louisville, Kentucky.

We congratulate and affirm Dr. Honore, his officers and the Northeastern Ministerial leadership team on this initiative.